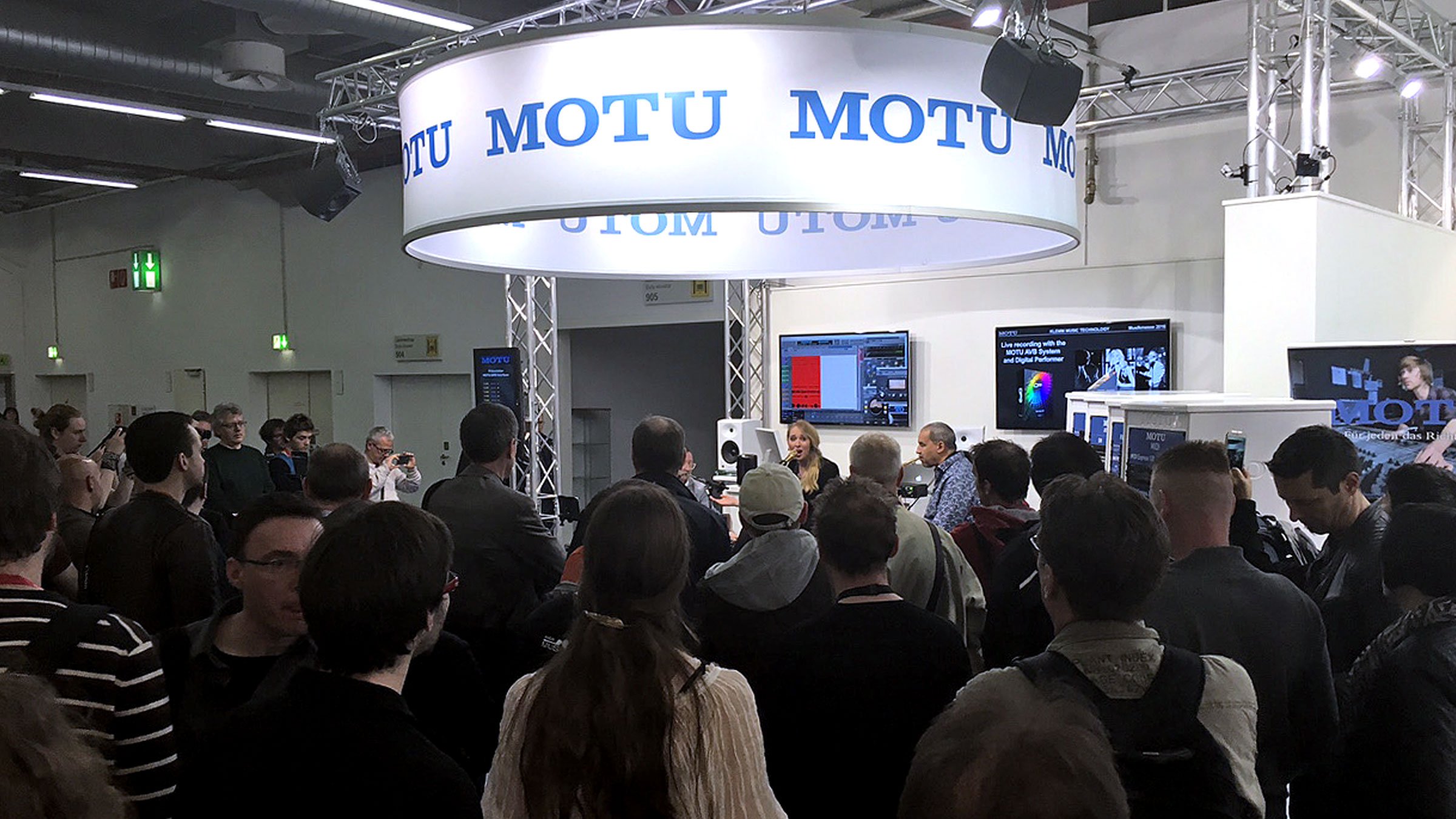 Back to All Articles
Shows

Musikmesse 2016 is in the books. This major European trade show in Frankfurt, Germany featured a completely new layout in Halls 8 through 11, lots of walking for show-goers and open doors to the public all four days. The MOTU booth buzzed with in-depth demos, live music performances recorded on-the-fly into Digital Performer and a significant product announcement for MOTU hardware users.

On the first day of the show, MOTU announced a new Windows ASIO driver for its latest-generation audio interfaces, including the 1248, 16A, 8M and 112D.

Rewritten from the ground up for today's ultrafast PCs and modern Windows architecture, the new high-performance driver includes support for Thunderbolt audio I/O on Windows and best-in-class round trip latency (RTL) for both Thunderbolt and USB Windows operation.

"MOTU is thrilled to deliver Thunderbolt support for our many Windows users. Whether they use Thunderbolt or USB to connect to their computer, MOTU Windows users will enjoy the best possible latency performance
on the market."
— Jim Cooper, Director of Marketing


When the driver ships later this Spring, you will be able to connect your Thunderbolt-equipped MOTU audio interface (1248, 16A, 8M or 112D) directly to the Thunderbolt port on a PC laptop or desktop computer and enjoy up to 128 channels of simultaneous audio input and output with any ASIO-compatible host software.

The new MOTU ASIO driver supports all latest-generation MOTU audio interfaces (equipped with AVB/TSN networking) and will be made available to all MOTU users as a free download during Q2, 2016 at motu.com/avb.

MOTU gear was on full display in Frankfurt.

Introducing the 828es Thunderbolt/USB I/O for Mac, PC and iOS

Introducing two new audio interfaces: the 624 and 8A