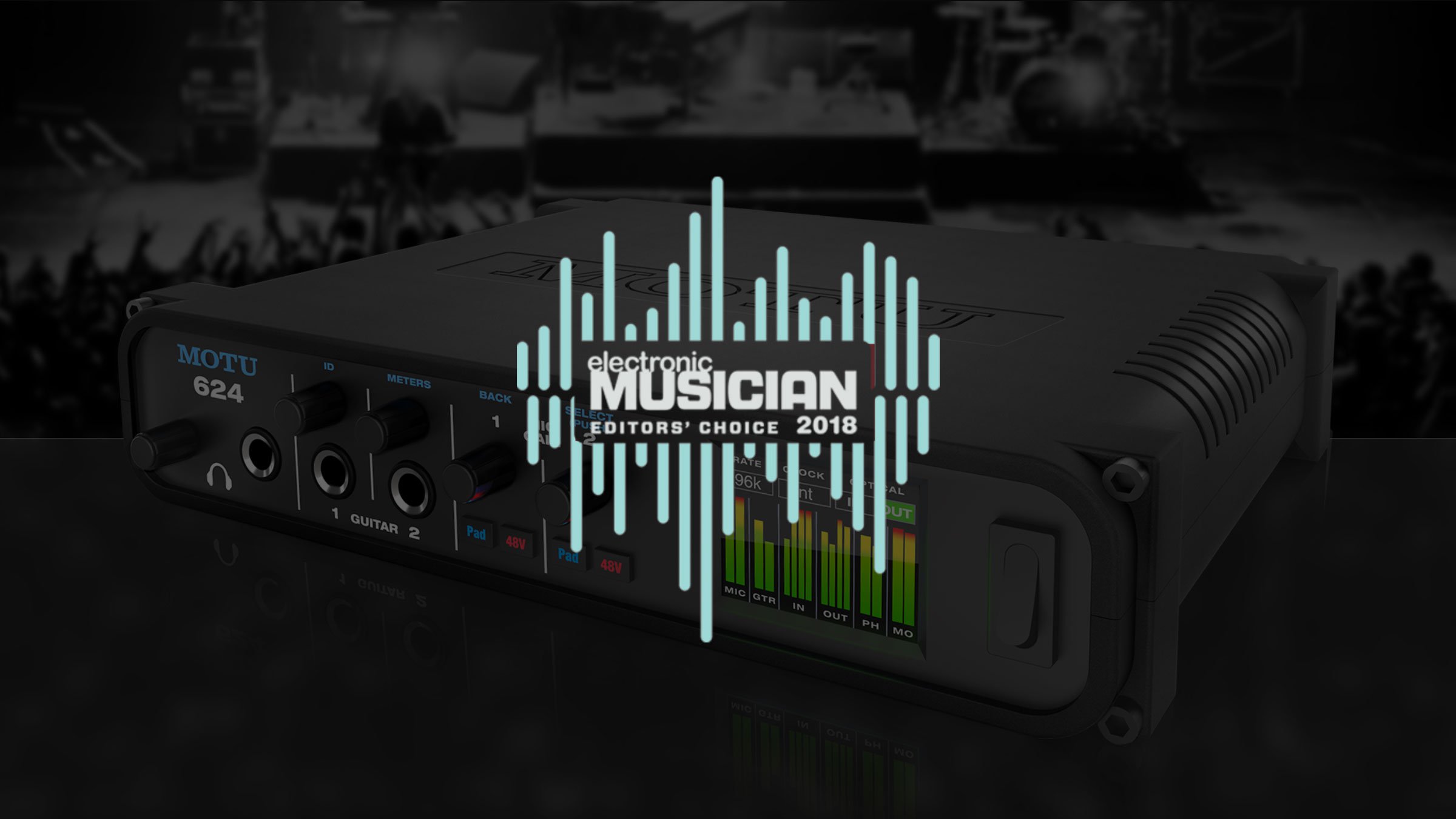 Back to All Articles
Awards

With red-hot competition among new audio interfaces this year, the editors of Electronic Musician Magazine chose the 624 as the winner for 2018, citing the 624 as "a portable interface for every occasion."

"Compact audio interfaces are in plentiful supply these days, but few can approach the versatility, sonic quality, and generous I/O of the MOTU 624."
— Electronic Musician

Decades of innovation and recognition

As of 2018, MOTU is 2nd all time as a winner in the 26‑year history of the Electronic Musician Editors' Choice Awards, with a total of 20 awards.

"The 828es is an excellently equipped and great sounding interface, which covers the needs of many demanding producers completely."
— Professional Audio